At the New Zealand National Aquarium, an amazing escape just took place. One dark night, an octopus escaped through a drainpipe into the sea.

According to Inside Edition, in the middle of the night, Inky, the octopus, found his way to freedom from the aquarium where he once lived. This smart creature first broke out of his tank. He then slithered across the floor of the aquarium. Finally, Inky slid through a drainpipe, making his way to the open sea.

Inky had some accidental help with his escape, however. An employee unwittingly left the lid to the aquarium tank slightly open, allowing Inky to make good his escape. The octopus saw the opportunity for an adventure, so he climbed over the rim of his glass tank, slid down the tank’s side, made his way across eight feet of flooring, and found the drain pipe leading to the sea. 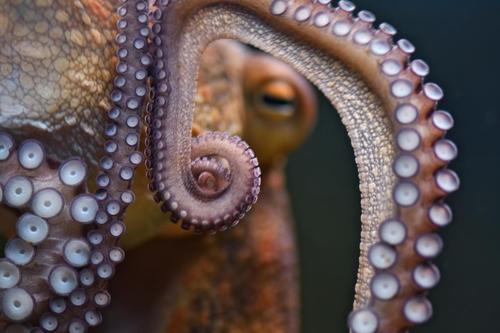 There was no stopping this cephalopod from his determined goal. Inky even managed to squeeze his head through the six-inch diameter pipeline. His head is about the size of a soccer ball, and just barely fit through the 160-foot drainpipe, reports Inside Edition.

The midnight escape proves that an octopus can be a fantastic escape artist. The flight occurred in the middle of the night. In the wild, and octopus tends to hunt and move around more at night than they do during the day.

What do you know about the octopus? Why do you think Inky went for a midnight journey? Please tell us what you think about Inky’s great escape in the comments below.